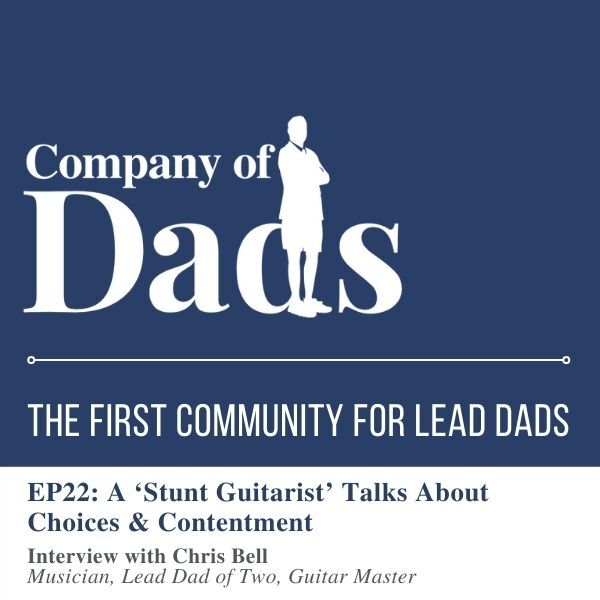 A New Hampshire guy originally, Chris Bell has called Austin, Texas, home for almost two decades. A classically trained musician, he used to teach but now he is, what he calls, a ‘stunt guitarist’! He and his wife knew each other since they were kids but they reconnected 20 years ago. He’s the Lead Dad to their two boys. Most recently, he’s made a reputation for himself as a ‘luthier’ – a word I’ve been dying to use in an introduction. And he’s got some serious thoughts on the challenges of being a Lead Dad when you have a passion that conflicts with family life. Listen to hear more on stunt guitaring, guitar making and a guitar guy’s guide to Lead Dadding.