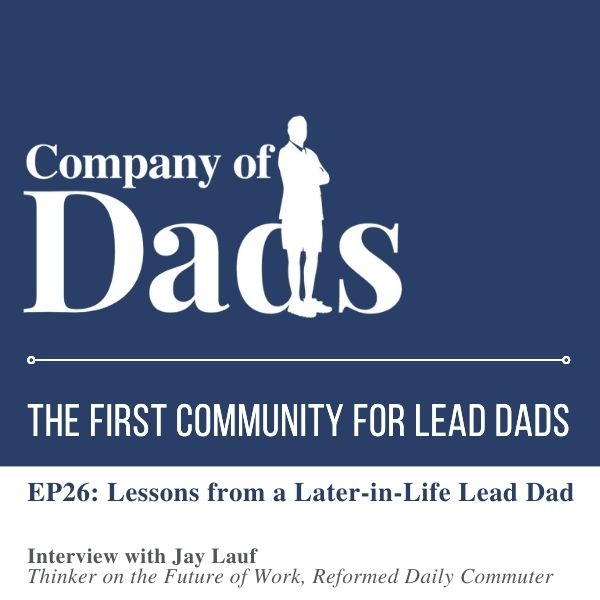 Lessons from a Later-in-Life Lead Dad

Interview with Jay Lauf / Thinker on the Future of Work, Reformed Daily Commuter

Jay Lauf is the co-founder and president of Charter, a news site going deep on the future of work. He’s had a great career in magazines and media. He was the chairman and publisher of Quartz, the publisher of The Atlantic and the publisher of Wired. But for 20 years, the constant was his daily commute: he was veteran of Metro North, the train that took him from Fairfield, Conn, to New York City. It was a two-plus hour commute just one way. It got so bad that he preferred flying far away to sitting on that train to go into the office. Covid changed all that. At home with his wife and two daughters, he found the joys of being a LeadDad, getting time back after years of commuting. It changed his view on work and parenting. He’s never going back to the daily commute. But more broadly, he’s using that experience to influence the conversation on what work will look like going forward. Listen to how his change in perspective on work can help you in your job.