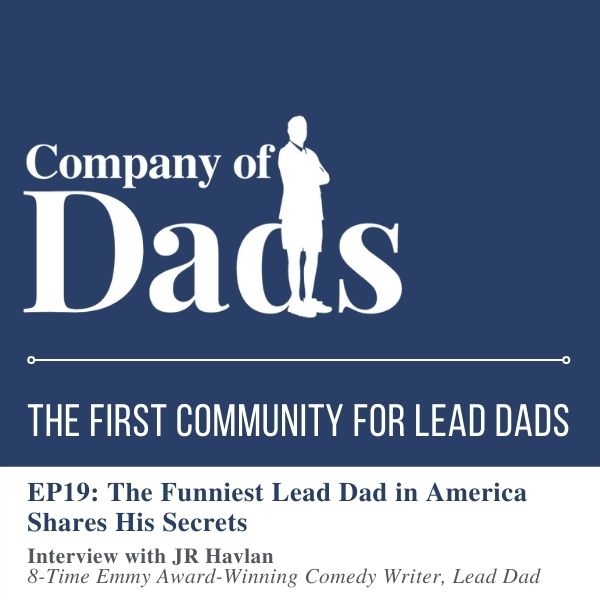 The Funniest Lead Dad in America Shares His Secrets

A funny thing happened on the way to J.R. Havlan using his college degree to get a job on Wall Street: the stock market crash of 1987. With every offer evaporating, he did the next logical thing and went into comedy. While he surely would have been the funniest guy at the water cooler, he also was legit, All-Pro funny. After doing the rounds at New York’s comedy clubs – and faxing, yes, faxing, jokes into shows – he landed a writing gig on The Daily Show, when Craig Kilborn was the \host. Then a guy named Jon Stewart came along and the show took off. J.R., who has won eight Emmy Awards (but who’s counting), spent 18 years there. He had other writing jobs afterwards, including at The Tonight Show Starring Jimmy Fallon, but as his kids became school aged, he opted to write for himself so he could be the Lead Dad to his son and daughter. This also allows his wife to go all in on her career in school nutrition. Listen to JR’s tips on shrugging off PTA slights, immersing himself in his kids schools and creating shelf space in a Manhattan apartment for his Emmys.