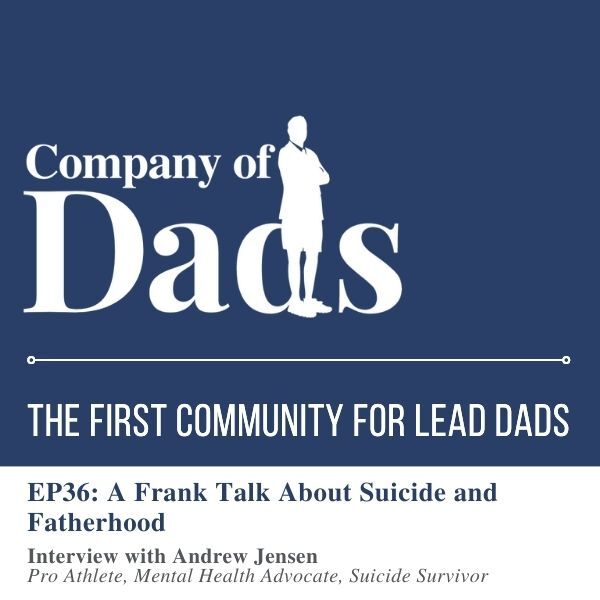 A Frank Talk About Suicide and Fatherhood

Andrew Jensen was an elite athlete all through the junior and university ranks. Handsome, fit and charming, he nearly reached the pinnacle of his sport, falling just a few notches short of playing on the PGA Tour. Throughout it all, Andrew was struggling with his sense of self-worth and hanging everything on his professional golf performance. Under that pressure, he played worse, and his mental health declined. He tried to take his own life three times. Now as a Lead Dad to his wife and their one-year-old son, he still worries about his own mental illness. He talks candidly on this episode about his own struggles and also about his desire to help other men in need.