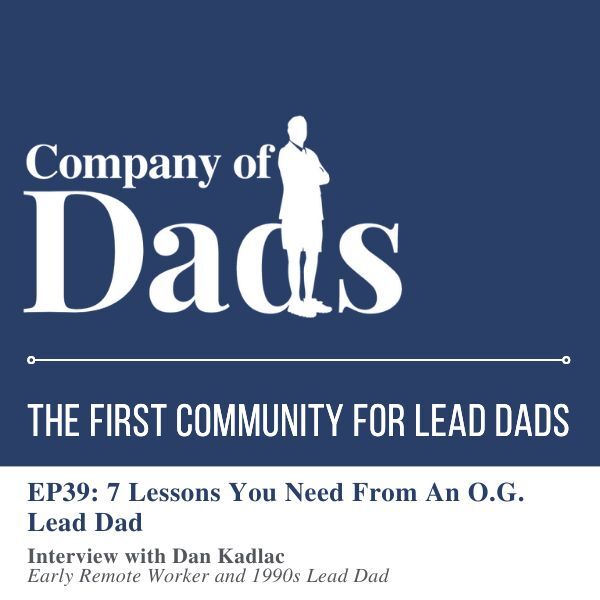 7 Lessons You Need From An O.G. Lead Dad

Dan Kadlec was a Lead Dad when silence about his role was the way to maintain his ability to work remotely and parent his children as his wife’s career became more demanding. That was the 1990s when working from home was a euphemism for slacking off. But after discussions with his wife, they realized his job as a magazine columnist was more portable, so he raised his hand to be the Lead Dad for their three school-aged children. “At some point that may have hurt my career, but it also opened up some doors that I wanted to pursue,” he said. As for being the go-to parent for the kids, it was worth every trade-off, particularly with his teenage daughter: “I heard stuff I’d never have heard if I wasn’t driving them. They just thought I was the chauffeur and talked like I wasn’t there.” Listen to Dan’s 7 tips for Lead Dads adjusting to a role that is rewarding if still not always understood and accepted.